Jim Etherington was born and brought up in East Yorkshire , trained as a school teacher and moved to Dorset in the late 70’s.

Music has always been his main consuming interest from an early age, starting out with classical and then traditional music from around the world, playing instruments such as mandolin, whistles, flutes, harmonica and, of course, guitar.

In his teens (when he should have been studying !) Jim was often playing in local folk clubs, sometimes warming up for (or even teaming up with) people like the Furey’s, the Matthews Brothers, Mike Harding, The Amazing Blondel, Diz Dizley, Vin Garbut, Johnny Silvo and Dave Moses (John Martin’s bass player ), and even Jasper Carrot.

He teamed up with his brother and Jack Rogers to form the Pithe & Wind Band (hence the AKA Jimmy Pithe around the Poole and Bournemouth area ) and together they played throughout Dorset with a mix of traditional Greek, South American, Irish, English and even some Russian music, but later Jim’s interest and taste in music broadened to include rock, country, blues, reggae, West Coast, and Soca .

“What is your favourite type of music” ? is a question he is frequently asked.
Invariably his reply is “anything which resonates with the people for whom I am playing “ or wtte., ie music that everybody can feel a part of, either by dancing or singing along to, and the reaction of his audiences in pubs, clubs, parties, weddings and restaurants endorses not only his selection of material but also the delivery of the music he plays.

The statement “ there are only two types of music – good and bad “ has been attributed to various people, from Richard Strauss to Stevie Wonder, but it’s a view to which Jim fully subscribes, and when coupled with Cat Stevens’ line, “we’re only dancing on this Earth for a short while “ he has played to such diverse groups as Norwegians, Spanish, Italians, French, Greek, Turkish and even Bedouin as well as UK and American audiences, and confirms his strongly held belief that music is indeed the universal language that binds people together. 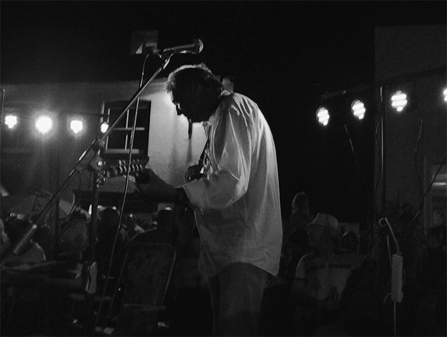 Thank you very much for your email and for making my party such a success. Everyone has said how much they enjoyed the music and said they haven’t danced that much and with such fun in ages. I did send you an email after the event to say thank you, so I’m sorry you didn’t get it but I’m glad you have given me another chance to tell you how GREAT you were!

Here with Jerry as we just wanted to thank you for making our party so special – it really wouldn’t have been the same without you – Jerry says he was honoured that you came all this way and to also thank Monique for teaching him the new dance steps but he’s forgotten them already!

Everyone had a great time so many thanks again for all you did.

A bit of reminisce.

Having a bit of a reminisce today and remembered listening to you as Jimmy Pithe in The Rising Sun, Wimborne in the early nineties. You, John Manners and Martin. Those days had a profound effect on my musical ear. I used to love those nights. Mid week but always packed. It’s not just your pupils you had an effect on. I just thought I would thank you for opening my ears.